Skip to content
In a daring nighttime raid, Israeli commandos boarded a ship and stole the screenplay for a biopic on the life of Ingmar Bergman. Read the true story here.
Amid speculation that Casey Affleck’s new documentary about Joaquin Phoenix is a hoax, Affleck tells USA Today that the WGA insisted on giving him writing credit, intimating that he did not write it. Is the WGA really forcing credits on non-writers? Or is the picture a carefully crafted hoax for which the writers deserve credit?
Screenwriter Peter Morgan, writer of Frost/Nixon, The Queen, and The Last King of Scotland, tells The Telegraph (UK) that Tony Blair “had one gin and tonic too many” when he copied fictional scenes written by Morgan and included in The Queen into his autobiography.

As reported today on Variety.com, this was a banner year for writers:

Despite the WGA strike, earnings for writers rose 4% to a record $943 million in the fiscal year ended March 31, reflecting accelerated work on feature scripts.

Feature work jumped nearly 16% to $502.5 million as studios stockpiled, but TV earnings were hit by the strike, sliding 6.8% to $437.3 million, according the June 17 report sent recently to WGA West members. WGA members struck for 100 days during that fiscal year, going out Nov. 5 and not returning until Feb. 12.

Deadline Hollywood’s Nikki Finke is an astute, albeit pessimistic, industry commentator and journalist. Her columns appear in the L.A. Weekly, San Fransisco Weekly and other papers. Today, she puts the potential writer’s strike in perspective here. 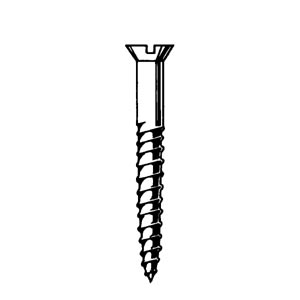 Warner Bros. announced in Daily Variety today the formation of a new company created by John Wells and twelve screenwriters, all of them high-paid veterans. According to Warner Bros., it is to be a writers co-op in which screenwriters have a real say in production of the movie and share in the picture’s profits, a new model for writers and studios. This section of the Variety article caught my eye, in particular:

This company gives writers an unprecedented role in the development and production of their films,” said Schulman. “If this model works, we hope others will emulate it.”

While the current ugly lawsuit between author Clive Cussler and Walden Media shows the danger of granting creative controls to wordsmiths, charter Co-Op members were chosen specifically because they are vets who understand that compromise is part of the process. Many have directed films, and the expectation is that Co-Op scribes will not simply try to outlaw rewrites of their scripts, because chances are those films won’t get made and the writers won’t get paid. If a new draft by another writer is going to mean landing a superstar who will get a picture made, the Co-Op participant will be financially motivated because he will take a piece of the film’s haul.

Is this a new era for writers? What do you think?

[Ed. Note:  Since I posted this, Craig Mazin posted a thoughtful and optimistic analysis at Artful Writer.]

Just thought you’d be interested: we’re in the process of beta-testing our combined screenwriting / pre-production app (Sophocles 2007). I hope you can spare some time to have a look at it. I’d love to hear any thoughts or ideas you might have for future versions, etc.

You can pick up the beta at www.sophocles.net/beta. Or have a look at our Wikipedia article: www.wikipedia.org/wiki/Sophocles_(software).

If you have any filmmaking friends you think might be interested, I hope you’ll let them know as well. The more feedback the better!

Thanks, Martin. I’m a Mac writer, so I won’t be trying it out. But windows writers, please let us know what you think.

Here’s the latest round-up of interesting news around the web:

The Los Angeles Times has a very detailed article about the differences between writing animated features and writing live-action features. Mostly business issues, but these issues impact the creative process, as well.

Then there’s this column (disguised as a rundown of weekly box-office) that has some suprising insights on the value (or lack thereof) of having your movie highly hyped on the blogosphere.

And speaking of online promotion, for once, a studio allowed the screenwriters to make major announcements about an upcoming movie, in this case, the Transformers movie. It is unusual for the writers to play a signifcant role in the promotion on any mainstream studio picture. The more this happens, the better for screenwriters.

Finally, here’s an article on how to get a foot in the door for unproduced screenwriters.